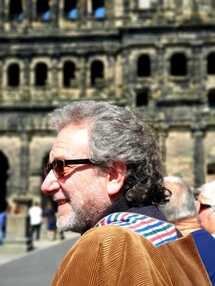 ​​​Chris J. A. van Dijk, a Dutch Impressionist who's living and working in France since 2002.


​Impressionism remains highly relevant in a historical sense, as an important artistic movement associated with innovation and modernity.
But it is also alive today as a way of looking at the world that influences the vision of contemporary artists.​To offer one notable example, the artist Chris van Dijk paints in a style influenced by Impressionism and by the Romantic movement, calling his work ​“Contemporary Romantic Impressionism”.
​

"The object of my art is not to reproduce reality, but to create a reality of the same intensity."
​
​​Professional artist Chris van Dijk. Born in 1952, Den Bosch ( Bois le Duc ), The Netherlands ( Pays Bas ). Moved with his parents to The Hague at the age of two. Later after he married his wife Ankie Mooiman in 1974, they lived in Gorinchem. Since 1978, Chris has devoted his life to creating his paintings, which, true to their Impressionist inspiration, focus on plein air scenes: at the beach, in the forest, or in the beautiful wine and poppy fields.

Friends living in the 'Parc naturel regional du Morvan', Bourgogne, made him aware of a lovely house with a fantastic studio. In 2017 Chris and his wife Ankie decided to move from the Dordogne to the Bourgogne in France.​​

In the summer Chris can often be found on the French, Dutch and sometimes also on the Italian beaches to paint and draw people on the beach. ​Like the works of Claude Monet, Alfred Sisley and August Renoir, the paintings of Chris van Dijk often feature woman and children but he paints also animals like horses and swans. He can be considered as one of the most important impressionists of the 21e century'.
His paintings are sought by art collectors worldwide .
Most scenes look unposed, as if the subjects were caught unawares. Most of the time, the people in his paintings look away from the viewer, engrossed in their daily activities, such as playing in the sand on the beach, walking in a landscape picking wildflowers and poppies.
​They seem to be at home in their natural surroundings. During the last years Chris becomes more and more fascinated by the reflections of the water. He paints this effect like no other. More and more paintings are leaving his easel on this subject.
Chris van Dijk's impressionist paintings are a celebration of the beauty of nature and life.

In 2016 Chris starts his ongoing art project  "paintings that could have been made" . these are subjects that would have been perfectly
suitable for being painted in earlier times.

Chris van Dijk is a registered artist at the National Service for Art History in the Netherlands.
​( RKD Rijksdienst voor kunsthistorische documentatie )​

Exhibitions:
Hotel Des Indes, The Hague. Holland.
​Jan Krane Fine Arts, Washington. USA.
Willem & Hanny Somers ( La Baronne du Broc ), Autun. France.
​
​​​Thanks go to the author of the biography, Claudia Moscovici. ​
​She is one of the ten most famous female art critics in the world​​
​
​ 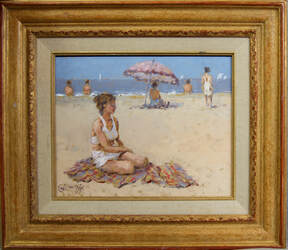